Everyday Mysteries: Roy Curtis’s photographs of Reno in the 1920s 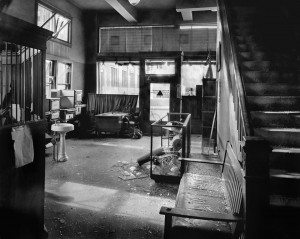 SUBMITTED NEWS RELEASE The Nevada Historical Society will present “Everyday Mysteries” an exhibition of work by Reno commercial photographer, Roy Curtis. Curtis’s photographs will be on view in the society’s Hallway Gallery from through March 2010.

Most active in the 1920s, Curtis is notable for his finely crafted, on-location work that today forms our best record of the social and economic life of Reno during this relatively unheralded decade in Nevada history. The photographs of Roy Curtis are both exceptionally detailed and often eerily mysterious.

According to Curator of Photograph, Lee Brumbaugh, “Largely forgotten, Curtis could well be America’s greatest little-known photographer. Interest in historical photography has never been greater than today.  Rediscovered early commercial photographers such as Atget, Bellocq, and Disfarmer have become posthumous superstars of the international photography world.  There is no reason to believe Curtis might not be next.”

While, nationally, the economically roaring twenties and the flapper lifestyle of the newly “liberated” women were well documented, Reno, the “tough little town on the Truckee,” was only holding its own. Reno’s notoriety was for its lax divorce laws, a fame that would peak in the late 1920s and early 1930s.  The divorce trade did not, however, spark a local photography boom comparable to that found in the mining camps. Neon naughtiness and ersatz glamour, prime subjects of later Reno photographers, would not crowd out conventional commerce—the topic of Curtis’ work in this collection—until casino gambling was legalized in 1931.

Besides his unusual honesty, Curtis displays a fine eye for social irony, a quirky visual wit, and, judging from his preserved images, a penchant for the odd and enigmatic. Curtis’s role as an outsider—he had moved from New York in 1916—may have allowed him to see his Reno subjects with more objectivity and personal insight than would have been possible otherwise. The literal range of his work includes school pictures, both classes and sports teams, store fronts and interiors used in newspaper advertisements, mining and industrial views of the kind often published in annual reports to stockholders, and on-site portraits of the well to do.

In his best images, Curtis has elevated each subject to the level of an archetype. His are not, however, casual or simplistic stereotypes or caricatures. Curtis is clearly fascinated by each subject. It is his perfection of the particular that makes his subjects universal.

“Outside the fine-art arena, the level of intentionality and self-awareness of a photographer can seldom be determined with certainty,” said Brumbaugh. “Ultimately, it does not matter.  Photographers’ reputations are measured not by the erudition their ‘artist’s statements,’ but by the perceived significance of their work to the viewing audience.”

The Nevada Historical Society was founded in 1904 and is the oldest state museum. Programs include an active exhibition schedule, public programs and docent-guided tours. The Historical Society’s Research Library, with its extensive collection of Nevada information and photographs, is open to the public from noon to 4 p.m., Wednesday through Saturday.  The exhibit galleries and museum store are open from 10 a.m. to 5 p.m., Wednesday through Saturday. Admission is $3 for adults ages 17 and over; $2 for seniors; children and members are free.