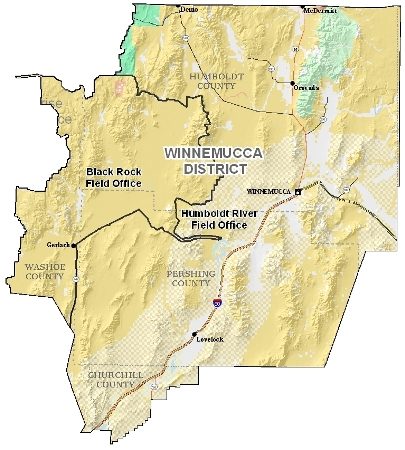 WINNEMUCCA – The Bureau of Land Management (BLM) Winnemucca District, Black Rock Field Office is seeking public input on the Black Rock National Conservation Area (NCA) Facility Preliminary Environmental Assessment (EA) for its proposed administrative facility. The facility would be located on public land less than one mile north of Gerlach, Nev., in Washoe County. The BLM would appreciate receiving substantive comments on the EA by December 23, 2009.

“An administrative facility near the NCA is supported by partners that assisted the BLM in the development of the NCA Resource Management Plan in 2004,” said Roger Farschon, BLM Ecologist. “It is exciting to have the facility funded and for the construction to begin next year.”

Construction of the facility is being funded through the American Recovery and Reinvestment Act of 2009. The site would include an office, support buildings and temporary housing for BLM staff working in the Black Rock Desert-High Rock Canyon Emigrant Trails NCA and other nearby public lands. The facility would provide space for visitor services including outdoor displays and information, as well as inside space for volunteers to provide public information and sales of maps. The site could also be used to stage one or more BLM initial attack wild land fire engines during periods of high fire danger.

The proposal and associated impacts are described and analyzed in the Black Rock National Conservation Area Facility Preliminary EA. The document may be reviewed online at www.blm.gov/nv/st/en/fo/wfo.html.

Comments received during the public review period will be analyzed and considered as part of the decision-making process.