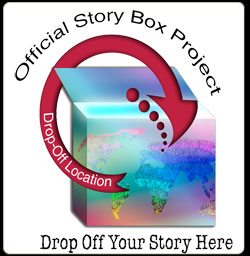 CARSON CITY — The public is invited to attend an official stop of “The StoryBox Project,” a global storytelling event, on Saturday, December 12, 2009 from 2:00 p.m. to 4:00 p.m. This free event takes place at the Stewart Indian School, Administration Building #3, off Snyder Avenue in Carson City.

StoryBoxes are shipped all over the world, arriving at a new place every three weeks returning to the original site one year later. In Northern Nevada, several American Indians will contribute their stories to the project. The project was started by Kevin Cordi, an internationally known storyteller whose work has been commissioned by The John F. Kennedy Center for the Performing Arts, Newsweek and Highlights for Children.

“I am honored to be chosen as a StoryBox Keeper,” says Wishelle Banks, a Reno producer-writer, poetess and American Indian third-generation storyteller. “Storytelling is a vital part of every culture, and holds the power to change the world.”

Banks will be joined by Ben Aleck, collections manager and Pyramid Lake Paiute tribal historian, and Ralph Burns, Paiute language specialist, both from the Pyramid Lake Paiute Museum and Visitors’ Center, and Christina Thomas, a Paiute-Shoshone and Hopi traditional drummer and singer. Together they will share stories and music filled with personal and ancestral significance, wisdom and humor.
The impact of storytelling goes beyond the spoken word. Stories are vehicles of understanding and emotional connection.  The StoryBox Project originated from Ohio State University’s Multicultural Center, with this in mind. This year, 50 StoryBoxes – decorated boxes that hold recorded, written, or videotaped stories from a community –  were set in motion around the world.

At each stop, Story Ambassadors read the audience a few of the stories sent, then add new ones from their community before the box goes to the next StoryBox Keeper, in the next community.  Selected stories will be published in a book. With a built-in element of cultural exchange, The StoryBox Project promotes the power of storytelling, and celebrates storytellers. For more information, visit http://storyboxproject.com/.

The Nevada Indian Commission-Stewart Indian School and the Nevada Arts Council are co-sponsoring the December 12 presentation of the StoryBox. From 1890-1980, the Stewart Indian School was the only off-reservation boarding school for Native Americans. It housed Washoe, Paiute and Shoshone tribes. The State of Nevada acquired the campus in the 1990s, and its 83 buildings are on the National Register of Historic Places.

The Nevada Arts Council is a division of the Nevada Department of Cultural Affairs.  The Department serves Nevada’s citizens and visitors through cultural and information management, preservation and promotion of cultural resources, and education.  The Department also includes the Division of Museums and History, State Historic Preservation Office, State Library and Archives, Comstock Historic District Commission, Literacy Coalition, and the Commission for Cultural Affairs.  For more information, visit the department’s website at www.NevadaCulture.org.