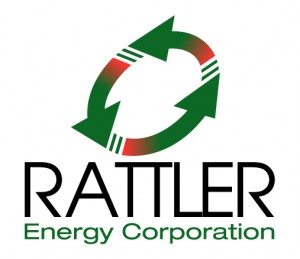 After spending more than 49 years in the drag racing industry as the owner of Rattler Racing, Ricky Ruiz has turned his innovative engine design skills towards a new type of mechanics, distributing the ElectraTherm Green Machine.

Invented by Richard the “Texas Ranger” Langson, Ruiz’s longtime friend and racing partner, the ElectraTherm Green Machine is a generator that converts companies’ waste heat into energy, resulting in a cost-efficient green energy solution. After their successful racing association, it was only natural that Ricky the “Nevada Rattler” Ruiz joined by his son Ryan, would work with Richard to introduce the machines to the marketplace. Ricky and Ryan created Rattler Energy in 2008.

“Companies come and go all the time, but I’ve known Richard for a long time,” Ricky says. “His family has been doing business for itself since the 1960s and it’s solid. So when this opportunity came along it just made sense.” Growing up around the racetrack, Ryan got started working with his dad in the family business early on. His eight years of professional
experience in the manufacturing industry gives him a solid understanding of the importance of efficient, cost-saving solutions and earned him the role of company president.

“Once we saw this machine during its first run in 2005 we knew we wanted to get involved, because it was such a revolutionary idea,” Ryan says. “But Richard really wanted to make sure all the bugs were worked out before we started selling the generator to businesses, so we weren’t able to get started until 2008.”

Now that the product is on the market, both Ryan and Ricky are excited about their new venture. “We’re talking about a machine that is completely green,” Ricky says. “The best thing about ElectraTherm is that it takes excess heat people are already creating and turns it into energy, with zero pollution.”

And while Ryan has been very supportive of the nation’s movement to be energy efficient, he says it hasn’t always been cost efficient to go green. “I think that the exciting part about our company is that we’re actually providing a service that is going to save other companies a lot of money,” he says. “If we could save a company $50,000 a year, which is very doable
for some of these large manufacturers, that’s somebody’s job. That’s what we’re all about, not just being good for the environment, but being good for business.”