Flying under the radar, silver (the poor man’s gold) is even more instructive. Inflation causes more uncertainty about the future than even warfare.

But why is this so? Everyone knows that gold has no intrinsic value, and silver has very little. As is often argued, the metals have no more real value than the circular rock money used by the people on the Pacific island of Yap. 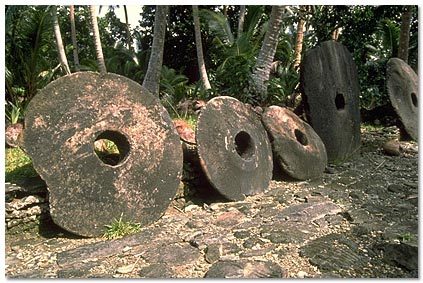 Gold and silver are only rocks too. It is the value we place on them that determines their worth. Given the resources we have, there is nothing else to use.

“A lot of independents, Democrats and Republicans — all are concerned about is what are we going to do about this long-term debt,” Obama told ABC’s Jake Tapper Monday. “We’ve got to show people that we are responsible stewards for their taxpayer dollars and that we’re taking some serious steps to at least lay the foundation — the pathway — for bringing those deficits down over the next several years.”

An unnamed White House official followed up; “Democrats have to reassure voters we are not being reckless.” Here’s why.

Inflation is coming. Got rocks?