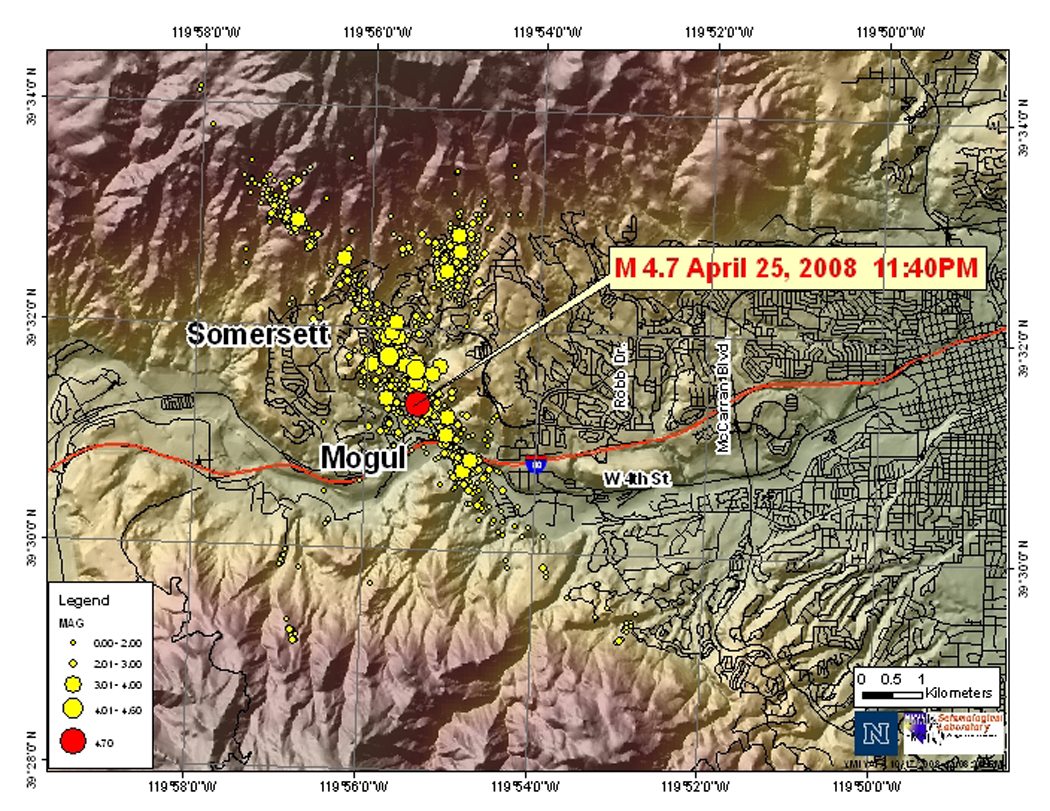 On Thursday the National Geographic Channel is featuring the Mogul earthquake swarm that shook Reno from February 28 to May 2008 with more than1000 small earthquakes. The swarm broke out in the Mogul area northwest of Reno with the largest series at the end of April: a 3.3 magnitude, a 4.7 magnitude (the largest in Reno in more than 50 years) and then a 3.4 magnitude. The unusual seismic activity is the subject of an episode on the National Geographic Channel’s “Naked Science” program at 10 p.m. A preview of the show can be viewed at: http://channel.nationalgeographic.com/series/naked-science/4232/Overview#tab-Videos/07382_00

University of Nevada, Reno researchers, who continue to study the event, are featured in the special mini-documentary.

A special seismological report on the Mogul swarm by the Nevada Seismological Lab is available at http://www.seismo.unr.edu/feature/2008/mogul.html and additional information can be found at the Nevada Bureau of Mines and Geology website www.nbmg.unr.edu/EQ/MogulEQ/.

Free Admission Day at the Fleischmann Planetarium and Science Center