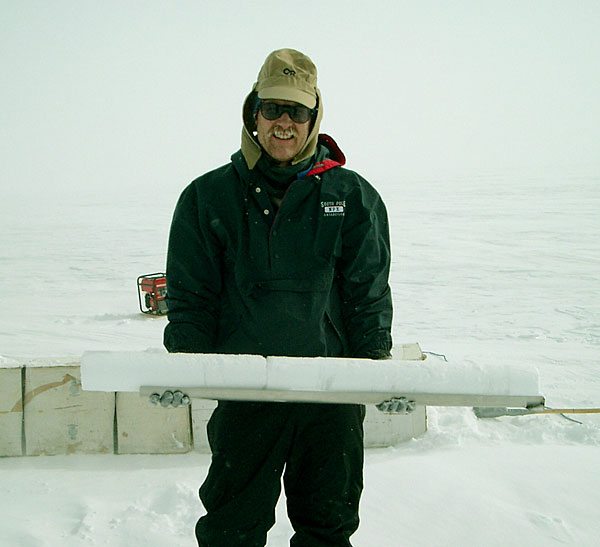 Joseph McConnell, Ph.D., Research Professor in the Division of Hydrologic Sciences and director of DRI’s Ultra-Trace Chemistry Laboratory, will use the more than $3.2 million to study ice cores in the Arctic and Antarctic searching for clues regarding the Earth’s past and future climate.

McConnell received funding for five projects; all but $500,000 of the National Science Foundation grants is from the American Recovery and Restoration Act. One of the projects will provide a better understanding of how short-lived aerosols, including those generated by wildfires, affect the Earth’s climate. Another project, in collaboration with the University of Utah, will study the accumulation variability of ice sheet snow in Greenland.

“Impacts on human health in the Arctic region haven’t been determined,” McConnell said. “But cleaner burning coal technologies, or better yet reduced reliance on coal burning, may head off the potential problem.”

Previous studies by McConnell showed that coal burning, primarily in North America and Europe, contaminated the Arctic and potentially affected human health and ecosystems in and around Earths Polar Regions. Detailed measurements from a Greenland ice core showed pollutants from burning coal the toxic heavy metals cadmium, thallium and lead – were much higher than expected.

As part of DRI’s 50th Anniversary, McConnell, holder of the Nazir and Mary Ansari Medal for Excellence in Science, will share his insights on Arctic climate change and the potential impact on humankind.

The public will have the unique opportunity to interact with McConnell on Wednesday, Nov, 18 at the Northern Nevada Science Center; 2215 Raggio Parkway; Stout A Conference Room; as he presents information they can ask questions about critical environmental issues. The public is asked to please RSVP at www.rsvp.dri.edu. The DRI Foundation thanks Silver State Schools Credit Union for sponsoring breakfast beginning at 7 a.m., the program starts at 7:30 a.m.