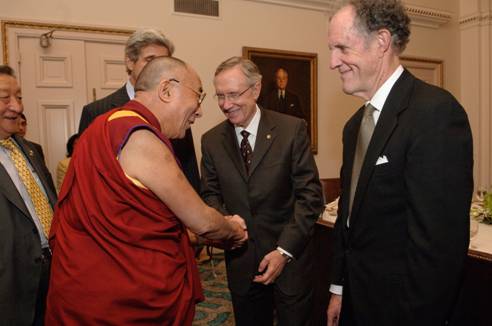 Sen. Harry Reid and His Holiness the Dalai Lama after a meeting in the U.S. Capitol

WASHINGTON, D.C.—Nevada Senator Harry Reid met yesterday with His Holiness, the Dalai Lama and made the following statement:

“It was a privilege to meet with His Holiness, The Dalai Lama. During our brief meeting, we discussed many important issues including the current situation in his native Tibet. I remain concerned about religious freedom, cultural freedom and human rights for Tibetans, and believe these issues should be an important part of our discussions with China. The Dalai Lama is a symbol of peace and hope for so many around the world and his work on behalf of the people of Tibet continues to be a source of inspiration for his countrymen.”