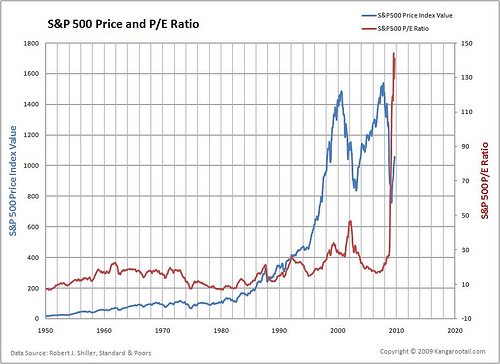 Now that the who-haw over President Obama’s winning of the Nobel Peace Prize is subsiding, was the story really that big of a deal? Is it so big that the traditional media needs to spend the better part of a week on it? It seems everyone is trying to find some greater meaning from a mostly meaningless prize. Was this really news, or a manifestation of the herd mentality? OK, so he hasn’t really done anything to deserve it. So what? It’s their prize, they can give it to anyone they want to, and for any reason.

Meanwhile over in the blogosphere, Zero Hedge has been doing some excellent investigative reporting on the near criminal enterprise that Goldman Sachs has become, not just robbing the small investor with their HFT computer system, but mutual fund managers as well. Rob Kirby at Financial Sense has been reporting on the downright bizarre happenings in the precious metals and Treasury Bill markets, and then there’s this; Dr. Carsten Mundt of Kangaroo Tail charts the S&P 500. In a normal market, the P/E Ratio should top out at about 20. 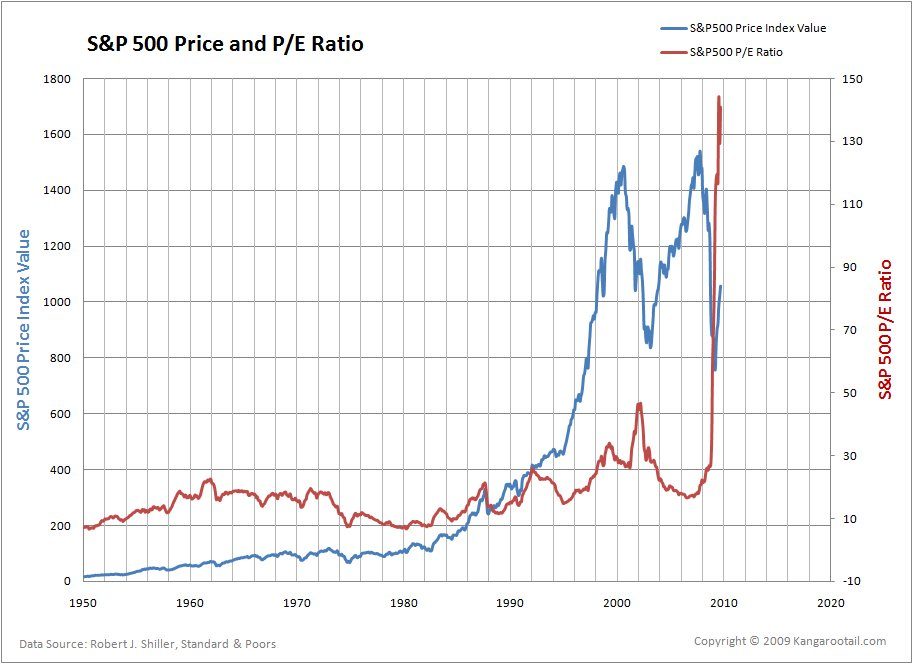 Compare the solid prosperity of the 1950’s with where we are today. Compare the Reagan boom years of the 1980’s, the so-called “Decade of Greed”, with where we are today. Does it look like everything is going to be fine, or would you say that something has gone terribly wrong? This booming market has nothing to do with company profits. In the next chart, the red line shows the earnings of the 500 companies. 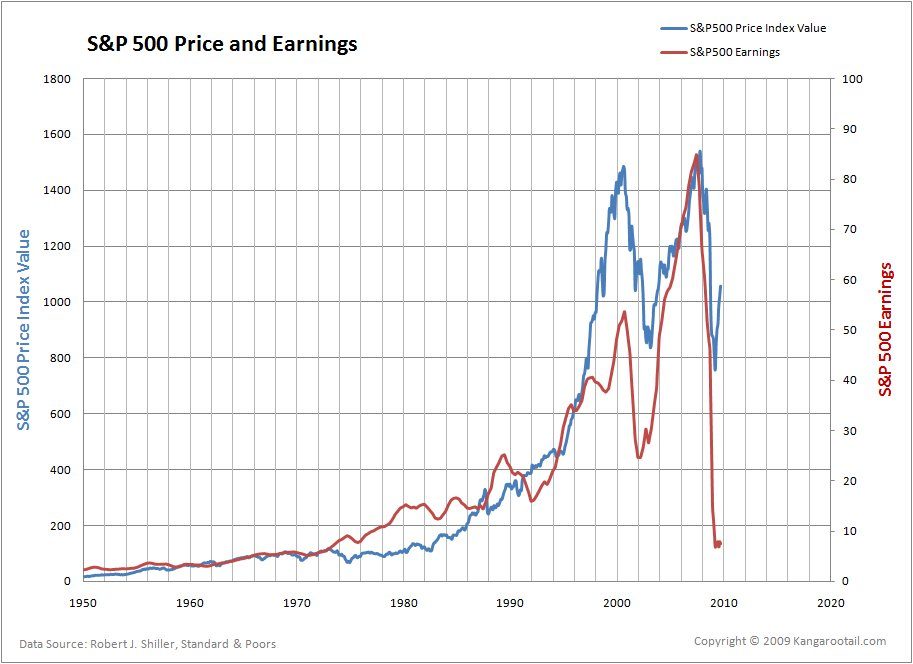 As a final point, in case you might think these things don’t affect you, here’s what the value of the money in your wallet has been doing since the beginning of the year. Note that the fall in the dollar started in March, the same month that the “recovery” supposedly began.

It wasn’t so long ago that the traditional media was full of stories about bankrupt newspapers and plunging TV ratings. It’s a subject they’ll no doubt be returning to in the future.