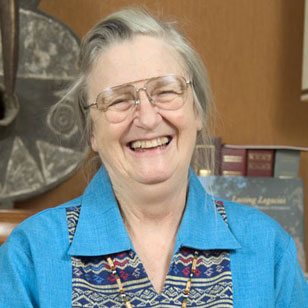 Dr. Elinor Ostrom became the first woman to win the Nobel Prize in Economics this week. Her selection was somewhat controversial, not because she’s a woman, but because her nearly 60 years of field work and research challenge the left/right political and economic establishments. Her work centers around the Common Pool Resource, a condition where a resource is neither regulated by government nor privately owned, and seems to refute some long held assumptions. The implications of her research are widespread and far-reaching, and include the future of the internet. To understand how, let’s first travel back to Merry Old England.

Before there was such a thing as economics, the Lords of England allowed the peasants a certain amount of grassland on which to feed their livestock. Not wanting to sully themselves with petty squabbles, the Lords left the management of the commons to the peasants. Self-interest soon took over in the form of overgrazing, and what had been a growing prosperity turned into poverty. This “Tragedy of the Commons” has been accepted wisdom for both Adam Smith’s theories on the free market and Thomas Hobbes’s regulatory Leviathan. The argument between privatization and regulation assumes the tragedy as a given.

As a student at UCLA in the mid 1950’s, Elinor Ostrom became involved in California’s water wars. The rising population after World War II was causing a decrease in the water table in the Los Angeles basin. Seawater from the nearby Pacific Ocean was contaminating the city’s drinking water. Her interest was not so much in one solution or another, but in how the disparate groups of people came together and organized themselves to find a solution. This led to a lifetime of study in the common pool resource.

Together with her husband, she co-founded the Workshop in Political Theory and Policy Analysis at Indiana University, an inter-disciplinary group to research some basic questions. Do we need a central authority to manage resources? Is tragedy the necessary outcome of the commons? From forests and fishing grounds, to inner cities Dr. Ostrom’s group has found that with communication among participants and self policing, common pool resources can reach efficiency levels equal or better (92%) than either government regulated or privately owned resources.

In today’s technological world, one common field is the internet and knowledge is the common resource. Knowledge can be privately owned in the form of subscription services and regulation is a constant threat. Part of what Dr. Ostrom’s work shows is that it is not enough to simply use the internet. Active participation is key to keeping the internet free. Self policing, calling out abusers, is also important. As Thomas Jefferson said, an informed citizenry is fundamental to a free people. There’s a lot at stake here and the choices are ours. The ideas of Elinor Ostrom are a big deal for us commoners and her Nobel Prize is well deserved.