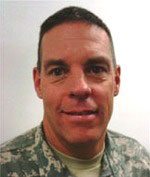 CARSON CITY (Governor’s Office news release) — Governor Gibbons announced today his selections to fill two key positions in the energy field, the newly created Commissioner of Energy and Director of the Office of Energy. Dr. Hatice Gecol will transfer from her position as the Director of the Office of Energy to become the Commissioner. “I am pleased to retain the expertise and experience that Dr. Gecol has demonstrated while serving as the Director,” Governor Gibbons said, “Her background and planning skills are essential to our future success.”

The Governor said he is particularly excited about the appointment of Nevada National Guard Chief Warrant Officer Jim Groth, who will take over as the Director of the Office of Energy, “Jim Groth is a can-do kind of guy, Jim has a proven track record of working through bureaucratic red tape and getting things done,” Governor Gibbons said. Groth presently serves as the Nevada Solar Task Force Chairman and is a Nevada Army Guardsman. For the past year and a half, Groth has been serving as the Environmental Supervisor with the Nevada Army National Guard in Carson City.

In February of this year, the Governor selected Groth to head the Nevada Solar Task Force which assists military stakeholders in Nevada, state agencies, local governments and commercial businesses with initiatives to develop and implement renewable energy projects. Groth has been instrumental in helping the Nevada National Guard lead the nation in development of solar photovoltaic systems at the state’s Guard facilities. Groth’s focus in the last year has been the design and implementation of the Guard’s “Super Solar Project,” a 3.4 megawatt project supporting solar electrical energy at the National Guard headquarters in Carson City and at the two largest Army National Guard facilities in the state in Las Vegas. Construction for this project is scheduled to begin in November with system commissioning in March of 2010.

Under Groth’s direction, the Office of Energy will play a major role in putting into action the 2009 legislation enacted in SB 358 and AB 522 which will stimulate economic growth in Nevada.

Groth lives with his wife Carolyn in Carson City. He is a fourth generation Nevadan and has four grown children and three grandchildren.

Jim Brandmueller, who presently serves as the Energy Efficiency and Energy Conservation Programs Manager for the Office of Energy, will be the Acting Director until Groth fulfills his National Guard duties and takes his new position in November.

Transcript of governor’s State of the State address