October 4, 2009
Share
Facebook
Twitter
WhatsApp
Linkedin
ReddIt
Email
Print
Copy URL
“There are always things in your life that dictate where you’re going to go next,” says Capt. Elgen M. Long of Reno. Forty years ago, when he and his wife Marie began researching the 1937 disappearance of Amelia Earhart and her navigator during their attempt to fly around the world, they never dreamed the result would be a book that would be used in the making of a biopic about the famous pilot.

“Amelia,” starring Hilary Swank and co-starring Richard Gere and Ewan McGregor, will open Oct. 23. The book Long and his wife co-wrote, “Amelia Earhart: The Mystery Solved,” was used in writing the portion of the script about Earhart’s last flight. Long also was the aviation technical consultant on the movie, which meant all script changes came to him for comments.

Long, who was a radioman, navigator and pilot for the Flying Tiger Line from 1947 to 1987, moved to Reno from San Diego with his wife 10 years ago. She died in 2003, but most of their family lives here now.

Earhart and her navigator, Fred Noonan, left Lae, New Guinea, July 2, 1937, toward the end of a planned round-the-world flight. They were supposed to stop next on Howland Island, 2,556 miles to the east (about halfway between Australia and Hawaii), but they never arrived. The world has speculated about what happened to them ever since.

Long made a round-the-world flight himself in 1971 and was the first person to fly solo around the world over the North and South Poles. He became interested in what had happened to Earhart while he was planning his own trip; part of the route he followed was the same as hers, including the approach to Howland Island that she did not complete. 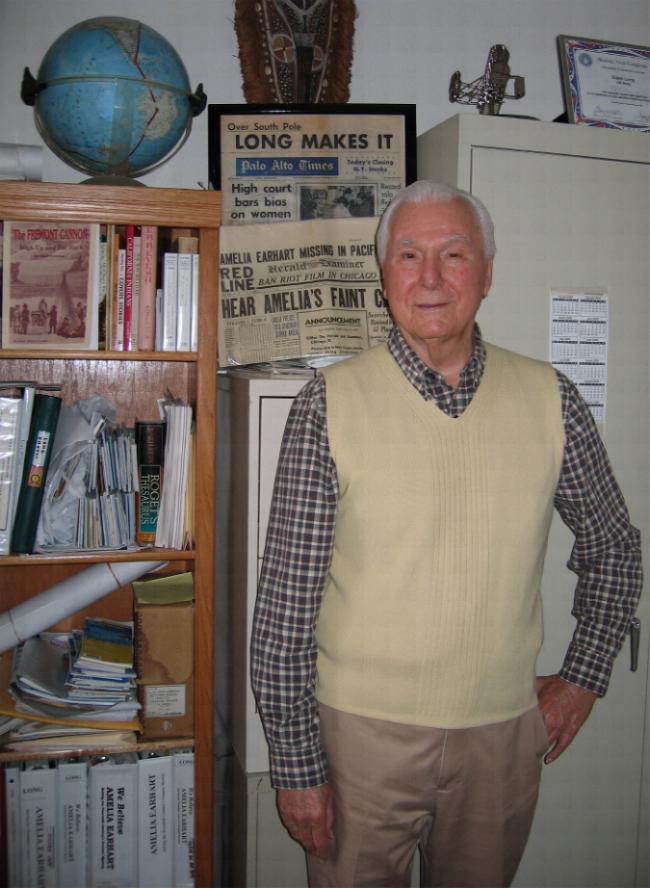 The Longs thoroughly researched and documented everything they could about Earhart’s flight for more than 20 years. Long’s World War II experience as a radio operator in the Pacific and in the old clipper ships as well as his work as an aircraft accident investigator for the Airline Pilots Association were valuable resources. He is one of the few people still living who know how to use celestial navigation the way Noonan did.

“We believe Amelia”
They concluded that the only thing that could have happened was Earhart ran out of fuel and ditched the airplane in the ocean, where it sank. Asked about other theories based on artifacts found on distant islands, Long recounted how his wife woke up him at 3 a.m. one morning to tell him it had become clear to her what set their theory apart from the others: They believed Amelia.

For example, Earhart said over the radio that she had only a half hour’s supply of fuel left. Since the Longs believed her, they knew she would not have had enough fuel to fly three hours more to land on a different island. “We Believe Amelia” was their working title for the book before it was published.

The Longs discovered what they considered proof of their “crash and sink” theory when an old file from Lae turned up in a mining company office in Canada. It contained documents and an 8-page report about Earhart’s stop in Lae before she took off on the doomed leg of her flight. It revealed a weather report that came in after it was too late for her to see, and it showed the headwinds were stronger than she had planned when she made her flight plan. That meant she would have used up her fuel faster than she realized.

Into the limelight
With their theory confirmed, the Longs decided it was time to publish their work and began writing their book, which was published by Simon & Schuster in 1999. The publisher is issuing a second edition Oct. 13.

As the movie opening approaches, Long is being pulled into the publicity for it. He’s been interviewed by USA Today and other out-of-town media, and he will be involved in media events before and after the premiere in New York City Oct. 20. Since he’s the Earhart disappearance guru, he’s the one who can answer technical questions from reporters.

What will happen after all the excitement about the opening dies down? There’s already talk of at least one Oscar for the movie, so a trip to Hollywood might be in store for next March. But Long has already moved on to a new project: researching and writing about the life of his great-great-grandfather, Thomas Jefferson Shadden, who was called “Graybrow” by an Indian chief. It will be interesting to see where this project takes him.

NOTE: Kay Otto’s assistance with this article was invaluable and is very much appreciated. 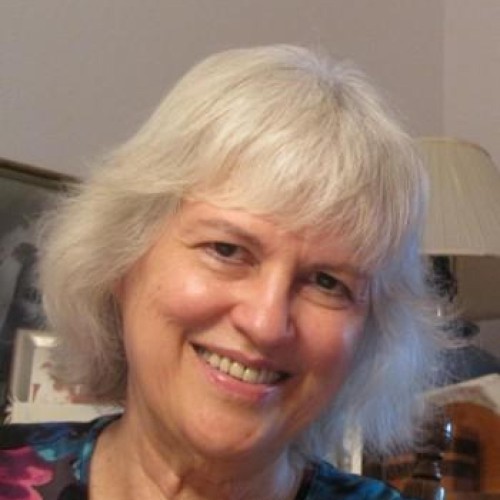