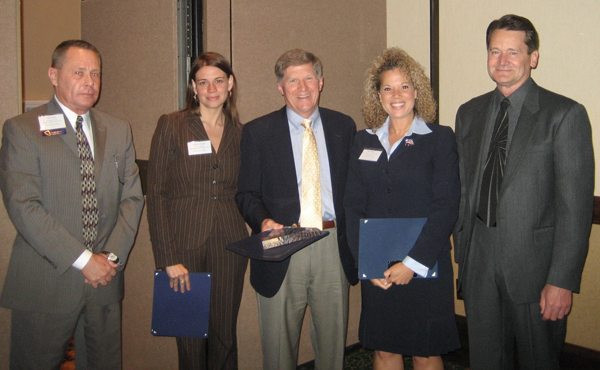 According to his nomination Boyd has been influential in guiding an organization culture at Renown Health that is focused on delivering high-quality care and achieving exemplary patient satisfaction. In the past six years, Boyd’s work was instrumental in board development. His critical and strategic thinking and diplomacy contributed to a thoughtful, decisive board of directors. As part of long-term strategic planning oversight by the board, Boyd helped guide Renown Health through major initiatives including the organization’s name change in 2006 and the grand opening of the 10-story Tahoe Tower in 2007.

“Fred’s talents as a charismatic leader and visionary are demonstrated in his ability to build consensus both within the organization and with Renown’s community stakeholders,” said Jim Miller, President and CEO at Renown Health. “He is a strong voice for improved healthcare in the community and is always an advocate for patients.”

Born 10 weeks premature with congenital anomalies in his respiratory system, Nicky spent his first three months in Renown’s Neonatal Intensive Care Unit. He underwent 22 surgeries on his lungs and esophagus and was admitted to the hospital many times because of cyclical vomiting syndrome. Up until he was four, Nicky returned to Renown Children’s Hospital every three to four weeks.

As a miracle family, Nicky, his brother Ben and his parents, Aaron and Lisa, became ambassadors for CMN. They attended various community and national events to promote awareness for CMN and its mission to generate funds and awareness programs in partnership with and for the benefit of Renown Children’s Hospital and the children it serves.

“Throughout the past two years, the Stevens have made themselves available for a variety of CMN sponsored events, such as IHOP’s National Pancake Day and Dairy Queen’s Miracle Treat Day,” said Joel Muller, vice president at the Renown Health Foundation. “They’ve earned a reputation for going out of their way to support CMN. Through their tireless efforts with CMN, the Stevens helped raise thousands of dollars to help sick and injured children in our community.”

At the luncheon Renown Health received the Hospital Achievement Award for Organ Donation. The award recognizes hospitals in northern and southern Nevada with the highest organ donation rates among eligible donors for a one-year period ending July 31.

Renown Health achieved 75 percent organ donation, or conversion, rate – well above the national average of 65 percent, according to the latest data from the U.S. Health Resource and Service Administration.

Improving organ donation rates at hospitals is a critical step to saving the lives of the more than 100,000 people on the national waiting list for organ donations.

“The gift of life would not be possible without the continued collaboration and commitment of Renown’s staff,” said Saypalia. We are very grateful for their hard work and dedication.”

Renown to re-deploy temporary medical structure in anticipation of new...

PODCAST: Transparency takes a hit during the COVID-19 pandemic