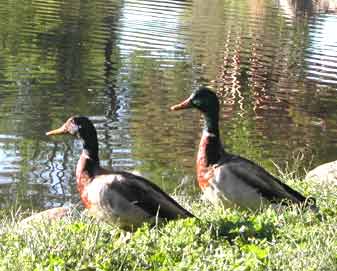 The Nevada Board of Wildlife Commissioners (Commission) will set season dates and bag limits for migratory waterfowl, common snipe, coots and moorhens at its August 14-15 meeting in Elko.

The meeting will be held at the Great Basin College Campus at 1500 College Parkway in Elko, and will commence at 1:30 p.m. on Friday and at 8:30 a.m. on Saturday. The meeting is open to the public and everyone is invited to attend.
Other items before the Commission include election of officers, changes to the elk damage and elk incentive tag regulations, finalizing the bobcat pelt sealing dates, and reviewing proposed updates to Commission Policy #1.

Nevada Department of Wildlife Deputy Director Rich Haskins will discuss potential modifications to the muzzleloader hunting program to accommodate hunters with visual disabilities as requested by the U.S. Fish and Wildlife Service in response to a multi-state disability complaint.

Other items included on the agenda for the upcoming meeting include reports on the Application Hunt 2009 Draw and the 48-hour Draw Release, as well as the Commission being asked to take possible action on responding to renewed interest in the development of portions of Wine Cup Ranch in Elko into a wild horse refuge.

Members of the public who would like to address the Commission on a topic not on the agenda may do so during the public comment period near the beginning of each meeting. People wishing to address the commission about those items should complete a speaker’s card and present it to the recording secretary.

For a complete agenda and support materials visit www.ndow.org, under “Our Agency, Commissions & Boards.”

The Nevada Department of Wildlife (NDOW) protects, restores and manages fish and wildlife, and promotes fishing, hunting, and boating safety. NDOW’s wildlife and habitat conservation efforts are primarily funded by sportsmen’s license and conservation fees and a federal surcharge on hunting and fishing gear.

Support wildlife and habitat conservation in Nevada by purchasing a hunting, fishing, or combination license. For more information, visit www.ndow.org.