Teen-produced comedy of errors in Carson this weekend 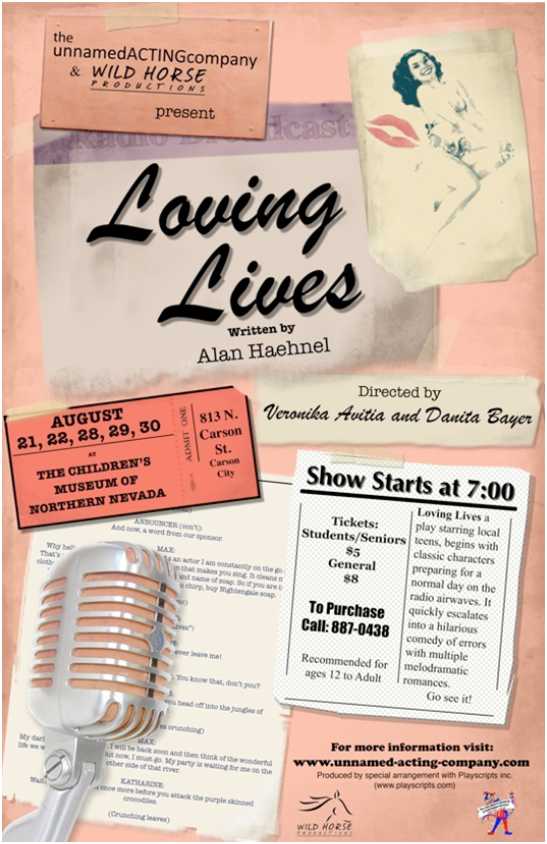 “Loving Lives,” a show entirely produced by Carson City teenagers, will be held at the Children’s Museum of Northern Nevada this weekend.

The show is put on by “the Unnamed Acting Company.” Some may remember their first show, “Salem’s Daughter,” from last October. The company is made up of teens from ages 13 to 19 with a couple of guest actors/techs in an older range. The entire process is handled by the teens: casting, directing, acting, producing, costumes, sets and publicity. “Loving Lives” was taken under the “Wild Horse Theatre” wing to help the company along with a venue and insurance.

Directed by two of the girls, “Loving Lives” is a hilarious PG 13 Tcomedy of errors set in 1948. It centers around several larger than life characters preparing to air a failing radio show. Can they salvage it? What will happen? Enjoy melodramatic romances, slapstick conflict and witty humor!