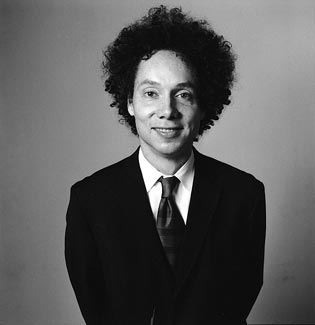 Outliers: The Story of Success is Gladwell’s latest and arguably his best. In Outliers, Gladwell takes a look at select anecdotes of what makes for success. An interesting conundrum is that Outliers is potentially a misnomer. It should really be called Success: The Story of Outliers.

Why? Statistically speaking, outliers are data that skew curves – they reside outside the normal bell curve which makes them special, and at times, a thorn in the side of researchers. Throw out an outlier and you might be labeled unethical. Keep it in, and your data may not accurately portray normal distributions.

Yet outliers are perfectly normal and to be expected. In essence, they are the aberrant data points, like rolling double sixes six times in a row with a pair of dice, which, while rare, will happen eventually – a bit like why so-called “cancer clusters” are more likely explained as statistically abnormalities than for alleged environmental causes. A more thorough look at outliers as phenomena is Nassim Nicholas Taleb’s The Black Swan: The Impact of the Highly Improbable, which looks at the effects in life of outliers.

What Gladwell does is look at select outliers as personalities, such as Bill Gates, the Beatles, Jewish lawyers in New York and so on. His questions are: What makes them special, different and successful? In this way, his book is more about what makes for success rather than what makes for an outlier.

Nevertheless, Gladwell’s points remain. If you’ve read the rather cheesy book, The Luck Factor: The Four Essential Principles by Richard Wiseman, it’s as if Gladwell found a parallel track with Wiseman. Success, they both say, relates to circumstance, perseverance and, perhaps most importantly, seizing opportunities which may not appear as opportunities at the time they are presented. (Wiseman tells you why you should always take opportunities presented if you want to be more successful in life.)

Is it really that simple? Not really. It’s actually far more enigmatic, and Gladwell as expected treats the subject with a great deal of thought. He concludes with this:

“Superstar lawyers and math whizzes and software entrepreneurs appear at first blush to lie outside ordinary experience. But they don’t. They are products of history and community, of opportunity and legacy. Their success is not exceptional or mysterious. It is grounded in a web of advantages and inheritances, some deserved, some not, some earned, some just plain lucky – but all critical to making them who they are. The outlier, in the end, is not an outlier at all.”

Gladwell is always a recommended read. His evaluations and conclusions of collections of attractive anecdotes in Outliers may be shocking to some – why a generation of Jewish lawyers in New York are so successful, why the month you were born may determine your success as a hockey player — yet his treatment is always given considerable thought, which helps to put himself at the top of best-seller charts. Concluding with a chapter on his family history is particularly fitting considering Gladwell himself is an outlier.

The West Wash Dam in old northwest Reno is out of compliance and the city of Reno is in the process of getting it in working order.

The details of any potential tax breaks for Tesla's $3.6 billion expansion of its Nevada factory will remain secret until late February, under a nondisclosure agreement that state officials signed with the electric carmaker.