Home > Entertainment > Travel > Opinion: Why RSCVA’s “Save Reno-911” campaign is on the mark
EntertainmentOpinionTravel

Opinion: Why RSCVA’s “Save Reno-911” campaign is on the mark 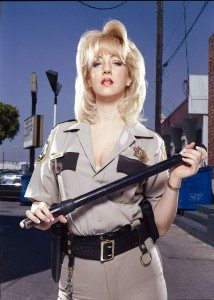 There’s something both tragic and comedic about the fact that stereotypes don’t form out of thin air. On the one hand, using stereotypes artfully, humorously or otherwise can be a valuable reflection on what gave rise to the stereotypical perspective in the first place.

On the other hand, stereotypes have notably been used to demean and encourage hatred and as a force for increased misunderstanding and intolerance.

That was never the case with Reno-911. (Lt. Dangle’s comments here confirm this.) It was the former that was the intent. The show is humorous, stupid and satirical. And it’s based on stereotypes about Reno that, given a perusal of any given week’s headlines – trust me, you do not want me to cite specifics – are stupidly evident.

Reno’s reputation – its brand image – is formed by the city’s history and noted stories which are grounded in real life events. That said, headlines are not accurate representations reality, but the noted anecdotes help to shape the community’s stereotypes for better or worse.

There are two reasons critics of RSCVA’s “Save Reno-911” have failed to convince the authority it should abandon the campaign. Both have to do with realities of communities as brands.

The best thing local complainers should do is to keep complaining.

First, brand reputations are to some degree at the mercy of the marketplace, of which organizations frequently have little control. True, some organizational types can revamp brands overnight, but at the end of the day it is both the organizations and their constituents that define the brand. Cities and communities, however, have far less control over their brands because the very natures of their constituencies are fluid, often temporary and subject to market forces. Influence, yes; control, no.

There are myriad factors that can impact a community’s brand; in Reno’s case, its industries, economic environment, criminal activity, tourism activity and so on each influence the city’s brand image. Outside perspectives, like that of Reno-911, also play a role.

To disassociate Reno’s less clean realities from what we wish it might otherwise be is as disingenuous as only ramping up Reno’s negative stereotypes for ill gain. In other words, should critics of RSCVA’s campaign dislike its perceived negative associations, to be consistent, they should also stage protest over the town’s myriad other negative events – again, you really do not want me to cite examples – which help shape views of the city. But, likely, the critics will not, so they complain about RSCVA instead.

The second reason RSCVA is on the mark with this campaign has to do with simple marketing principles. As a brand messaging strategy, if RSCVA’s demographic and psychographic markets respond to such a campaign, then there’s nothing illegitimate about the “Save Reno-911” campaign. Will it bring visitors/conventions to Reno? Doubtful.

But as a stepping stone to a larger goal, the campaign could easily fit. Perhaps one of the most important perspectives to keep in mind is that Reno and its citizens are not necessarily the ultimate target market for such a campaign, a point that tends to get lost on locals when municipalities and associated entities go through branding exercises.

In other words, the complainers are probably not a part of the larger campaign strategy, something that likely damages fragile egos but is nonetheless a viable marketing strategy should the community continue to attempt to survive on tourism.

Put simply, I don’t care for Street Vibrations, Hot August Nights and a number of other Reno events. To me they are nuisance; at the same time, the city depends on them for its economic health. I don’t need to be a part of the draw for the events, nor does the market need me. It needs people from out of town to sustain the events and the community as a whole.

For these reasons, RSCVA’s “Save Reno 911” campaign is both on the mark and a savvy use of resources. In fact, all the debate really does at the end of the day is to increase traction for the campaign. The best thing local complainers should do is to keep complaining. The community depends on it.