“Too many publishers and editors make the tough, Draconian decisions, announce them in the newsroom, maybe even send their memos to Romenesko, but withhold the information from readers.”
— Steven A. Smith, “Still A Newspaperman” 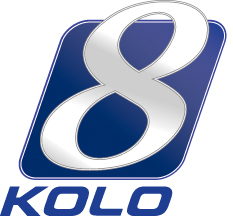 Newsroom transparency is a dicey idea. On one hand, some decisions from all kinds of organizations must be kept in confidence (personnel issues, proprietary information and so on); on the other hand, dodging controversy with secrecy will get most organizations into trouble.

Including the news media.

I assume, as the Smith quote above states, part of the reason has to do with the business side of journalism being not quite comfortable with the presumably odd notion that the estate that speaks for the masses may on occasion be looked upon as being expected to adopt similar principles it demands of others.

I was nonetheless thrilled to see one local media outlet, KOLO News Channel 8, announce on Twitter this week that it was running live video of its morning newsroom meetings. Those of us interested in issues of transparency, public relations and journalism ethics might find this interesting. I consider it amazing.

See, transparency for newsrooms in the Reno area has been a quiet but topical issue for some time. I first noted it back in 2005 with this post by the late Dean of the Reynolds School of Journalism, Cole Campbell.

I encourage you to read it. By way of background, it should be noted that said news coverage of the University of Nevada was littered with dozens of contextual and factual errors. Issues raised in the so-called “investigative” articles have never borne out in legal arenas with complainants failing to ever win in court.

In fairness, the University handled the situations – of which I was a part – about well as the newspaper covered it: dishonestly, secretively and arrogantly.

Cole, to his credit, raised the issue of transparency because he knew of the University’s complaints about the reporting on these controversies. He was also aware of the University’s inept handling of it all. He was one of the few to raise questions publicly.

While his questions relate more to the University and School of Journalism, his thesis for journalism as an agent of transparency is well taken.

This week, KOLO-8 took a step in that direction and should be commended. It will be interesting to see how it plays out. It will be even more fascinating if other news outlets in town follow in KOLO’s footsteps.