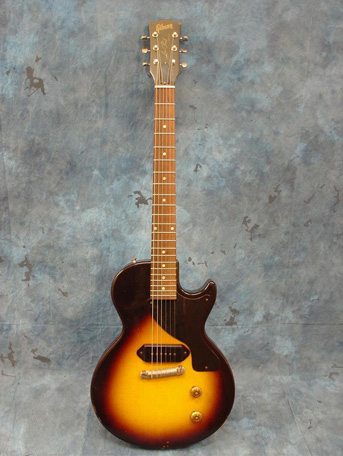 We’re all familiar with the term, “backed by the full faith and credit of the U. S. Government.” Credit is difficult to quantify, as the recent banking troubles demonstrate, and faith even more so. Our credit deteriorates with each raised debt ceiling passed by Congress. So, how’s your faith doing lately?

In an article about reasons for optimism, Businessweek’s Peter Coy describes “splatter vision”, a technique used by law enforcement:

“-a deliberately undirected concentration that allows the prepared mind to detect subtle irregularities like a hand in a crowd moving toward a gun.”

“The future manifests itself at the edges. The hardest thing to do in scenario planning is to get the periphery into the picture.”

Yes, the periphery; the ultimate enemy of those who wish to determine the future. It brings to mind Les Paul, a man who lived his life on the periphery, who passed away this week at age 94.

For whatever reason, a young Les Paul wished his guitar could be louder. He tried various methods, but none proved satisfactory. One day he took a phonograph needle and affixed it to his guitar. In 1929, a 15-year-old kid was sitting in his room, alone, playing the first working prototype of the electric guitar. Had you been sitting in that room with him, could you have predicted rock-n-roll, The Beatles, or for that matter, Twisted Sister? How about advances in hearing -ide technology? Not likely. No more than those of us pumping quarters into Donkey Kong games in the 70’s were predicting Guitar Hero or World of Warcraft.

So now here we are, waiting to see how the latest plan for government monopoly of the health care system will play out, waiting for the latest pronouncement from the Federal Reserve Chairman, and the latest stimulus plan for those deemed too-bankrupt-not-to-bailout. Meanwhile, somewhere out there, a 15-year-old kid is sitting in his room, alone, fiddling with what will be our future. I, for one, can hardly wait to see the looks of shock and dismay on the faces of those who would make our plans for us.