Governor’s statement regarding the passing of Senator Edward M. Kennedy 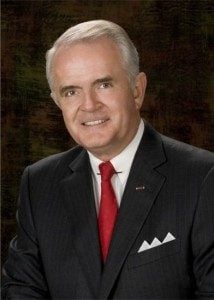 “I extend my deepest heartfelt sympathy to the family and friends of Senator Ted Kennedy. Senator Kennedy will always be remembered for his service and contributions to his nation and his loyal commitment to his family.”

“I have ordered the Flags at the Nevada State Capitol and all state buildings to be lowered to half-staff in honor and remembrance of Senator Ted Kennedy.”

Flags at the Nevada State Capitol will fly at half-staff today, August 26, 2009 through August 27th at sunset.