News release from the Governor’s Office: 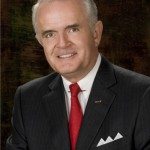 Several members of the governor’s staff and the Executive Branch spent hours on Aug. 3 testifying before the Interim Finance Committee on the same two items on the IFC agenda today. On Aug. 14, the governor issued an Executive Order regarding ARRA funds. Under Nevada law, the governor has already legally approved the two work programs.

NRS 353.220(5)(a) requires the governor to report at the next IFC meeting regarding the necessity for action and the action taken. A written report meeting this requirement was provided to the Legislative Counsel Bureau on Aug. 21. The governor plans to make a full financial report at the next regular meeting of the IFC on Sept. 17, when these work programs should be appropriately scheduled as information items for review by the IFC.

Gov. Gibbons respects the Nevada Constitution, Nevada law and the Nevada Legislature. In particular, he appreciates the leadership Republican legislators have provided on this issue.