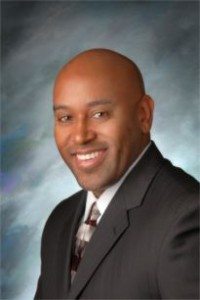 “I am pleased Charles Harvey has decided to join our team, he will have an immediate positive impact,” Governor Gibbons said, “His professional experience as a business owner and as a public servant is precisely what we need at precisely the time we need it.”

Harvey added, “Coordinating the stimulus package in Nevada is a massive undertaking and I plan to work closely with all parties involved, including the legislature, department directors and executive branch officers. We need to work together to make this succeed.”

Presently, Charles Harvey is Assistant County Recorder for Clark County, where he has worked for more than ten years. In that capacity, Mr. Harvey oversaw the recording and permanent archiving of over thirteen-million records that generated $1.2 billion dollars in Real Property Transfer Tax revenues and recording fees. Mr. Harvey is also a Case Management Coordinator for the Eighth Judicial District Court in Las Vegas. Mr. Harvey’s leadership and management experience date back more than twenty years. His professional past includes work with the U.S. Geological Service/Bechtel and the United State Military.

Charles proudly served our country as a member of the United States Air Force and earned his Bachelor of Science degree in Business Administration. He remains active in his community, participating in volunteer activities and several professional organizations. Mr. Harvey’s volunteer service over the years includes United Way, Toys for Tots, Habitat for Humanity and the Las Vegas Police Citizens Academy. His affiliations over the year include The National Association of Counties (NACO), The National Association of County Recorders, Elected Officials and Clerks (NACRC) and the Las Vegas Chamber of Commerce.

Nevada Health Information Exchange Board created, inaugural board of directors...

Opinion: Harry Reid’s plan to save the Nevada economy: coked-up...