CONFIRMED: RSCVA Trying to Launch a “Save Reno 911” Campaign 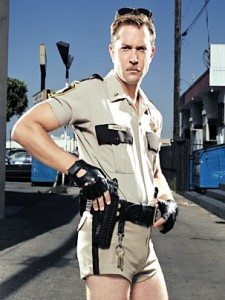 We just learned that the Reno-Sparks Convention and Visitors Authority is behind the new Web site, Twitter and Facebook accounts that are petitioning to bring “Reno-911” back to television.

It was reported last week that Comedy Central was canceling the show. We interviewed Lt. Dangle Saturday, and he apologized to the Reno Police Department and Washoe County Sheriff’s Department for the flack received over the show during the years.

Dangle also said of Reno, “I had only been through Reno once, at age 10 or so. I’ve now been several times, and each time I’ve had a blast, and found the people to be extraordinarily friendly.”